In March 2012, Wagga Wagga City Council resolved to demolish Hampden Bridge due to significant deterioration of the timbers, the cost of rehabilitation and ongoing maintenance expenditure.

The Bridge has been an iconic part of Wagga Wagga's visual and historical landscape for 118 years.

Hampden Bridge was officially opened on 11 November 1895 by the New South Wales Minister for Works, J. H. Young and named in honour of the new Governor of the colony, Sir Henry Robert Brand, 2nd Viscount Hampden.

Hampden Bridge continued to serve as a footbridge and cycle-way until it was permanently closed to all public access in August 2006 due to safety concerns.

The bridge demolition was undertaken in 2014. Find out more about the Hampden Bridge Legacy Project.

Click the images below to view a larger version 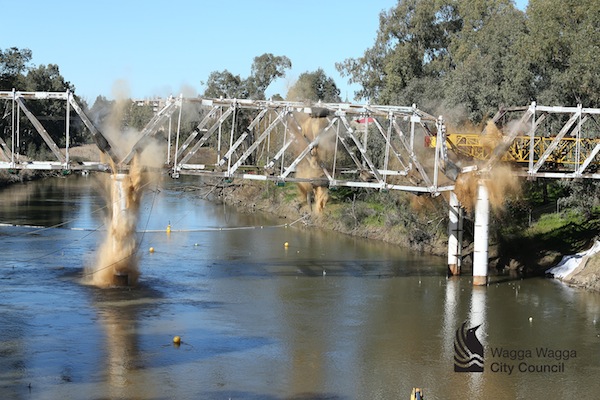 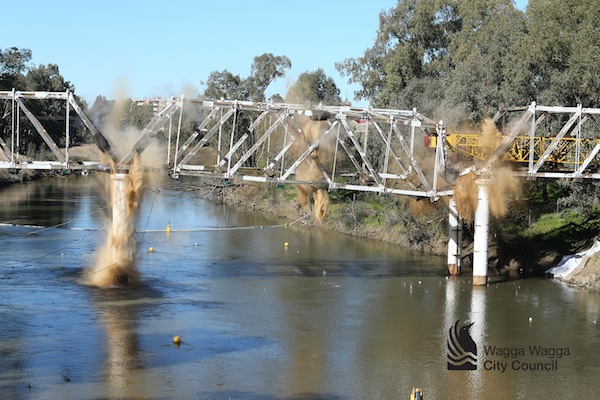 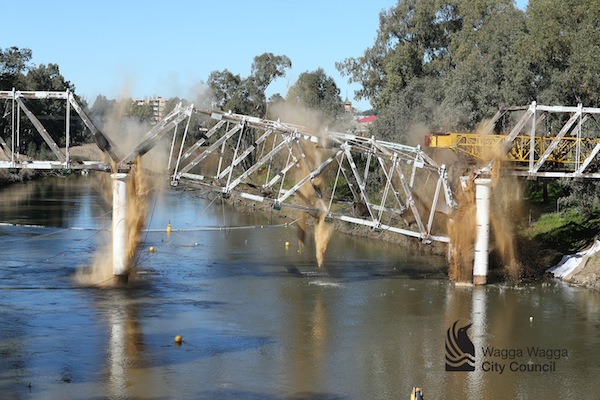 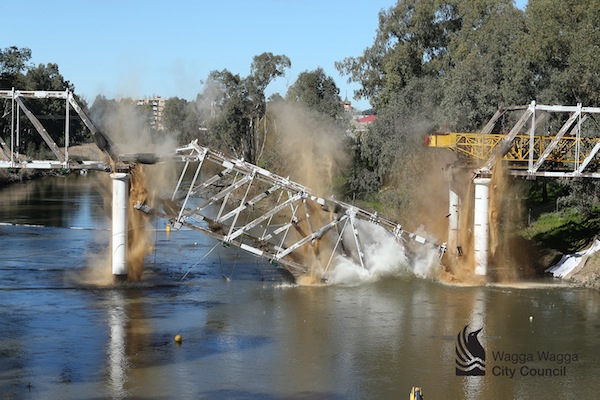 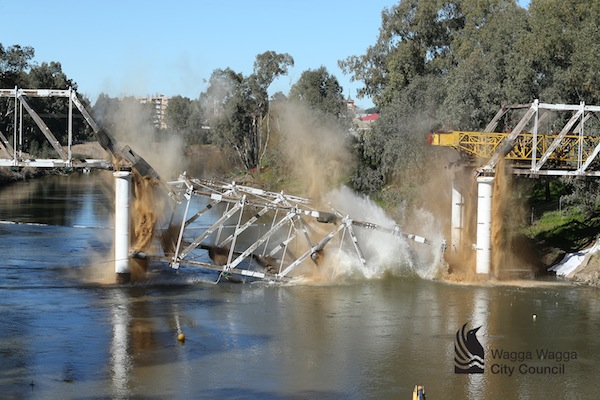 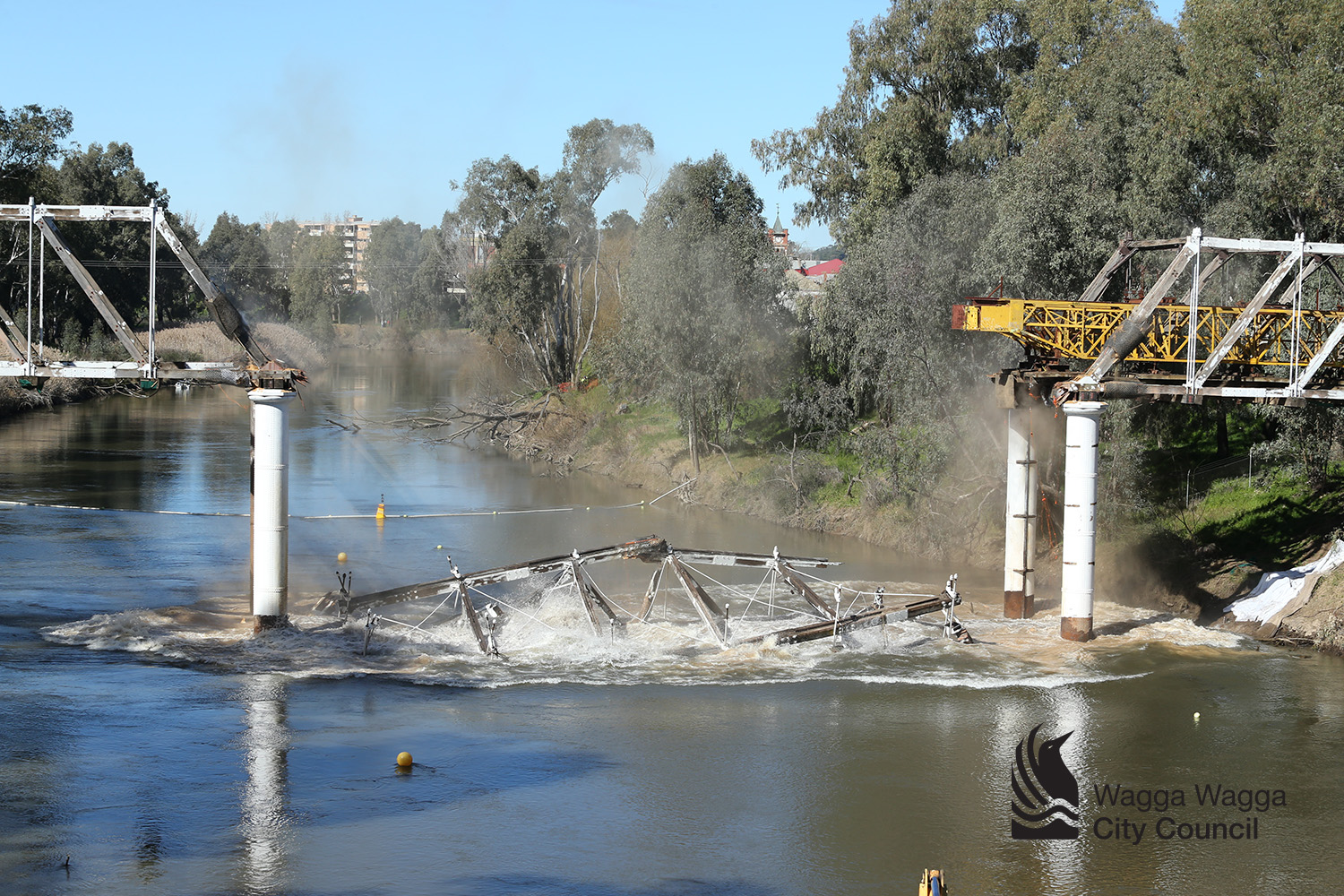