Construction to raise the Murrumbidgee River levee system in Wagga Wagga started in October 2017, giving residents for the first time a 1 in 100 year level of protection against flooding.

Strengthening the levee system will help safeguard the central business district, many of the city’s critical assets and thousands of homes.

The Main City Levee upgrade will be delivered through a staged construction.

During construction of stage 1 and stage 2 some sections of the Wiradjuri Walking Track, which runs alongside the Murrumbidgee River, will be subject to temporary closures. These closures are to allow for the safe construction of the levee upgrade.

Closures of the walking track associated with the Main City Levee upgrade are:

All dates are subject to weather and works and any additional interruptions will be advertised accordingly. 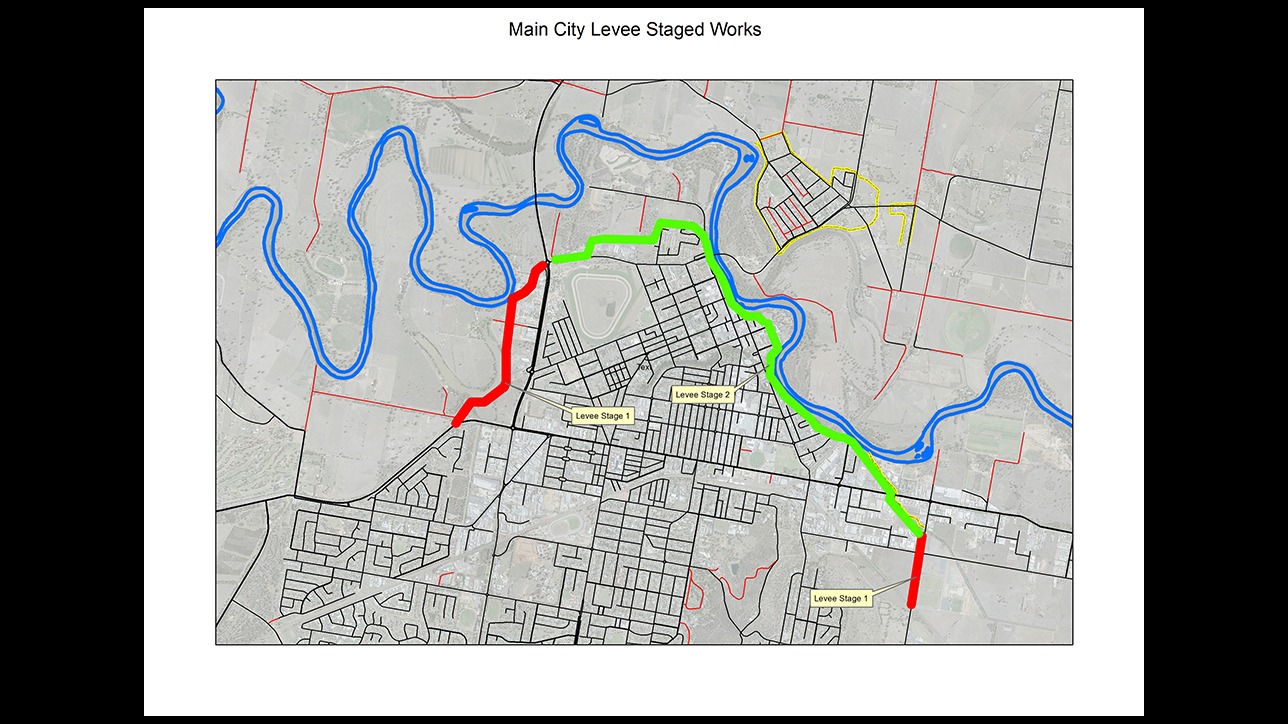 The following funding contributions have been made to cover the $23M cost of the Wagga Wagga levee upgrades:

Note: Costing of $23M is pending tender processes and/or variations.

Watch a short video on how the levee project developed from designs and consultation to construction.