Welcome to the Marrambidya Wetland

The Marrambidya Wetland is a stunning 20 hectare reserve located alongside the Murrumbidgee River only a few minutes from the Wagga Wagga city centre. 'Marrambidya' was selected as the name of this special place to reflect the importance of this site to the local Wiradjuri people and to acknowledge the traditional name of the Murrumbidgee River. The site is also located between two Aboriginal Place Names, Gobbagumbalin and Wiradjuri Reserve.

Transformed from the disused treatment ponds of the Narrung Street Sewage Treatment Plant, this site now provides habitat for migratory and non-migratory birds, water insects, frogs, fish, reptiles and mammals such as the locally threatened Squirrel Glider. The wetland is designed to replicate the natural water cycle with flooding during the winter months and dryer, low levels during summer. The site was officially opened on June 3 2016 following 5 years of planning and construction.

Marrambidya Wetland can be accessed via the Wiradjuri Walking track from either Wiradjuri Reserve to the east or Gobba Beach from the west. Vehicles can enter the site from Narrung Street, Wagga Wagga.

The Marrambidya Wetland will become an important place for the community of Wagga Wagga for passive recreation, education, ecological restoration, and reconciliation.

The City of Wagga Wagga is situated in the heart of southern Wiradjuri Country, the largest of all nations in New South Wales. Research indicates that Wiradjuri People have been present in the region for 120,000 years (Wiradjuri Heritage Study 2002).

Water was central to the Wiradjuri way of life including the floodplains, creeks, billabongs and the Murrumbidgee River (Marrambidya). Therefore the site on which the Marrambidya Wetland is now situated would have been of great importance to the local Wiradjuri People.The bush tucker garden at the Marrambiya Wetland contains plants species that were used by the Aboriginal people for food, tools and medicine. 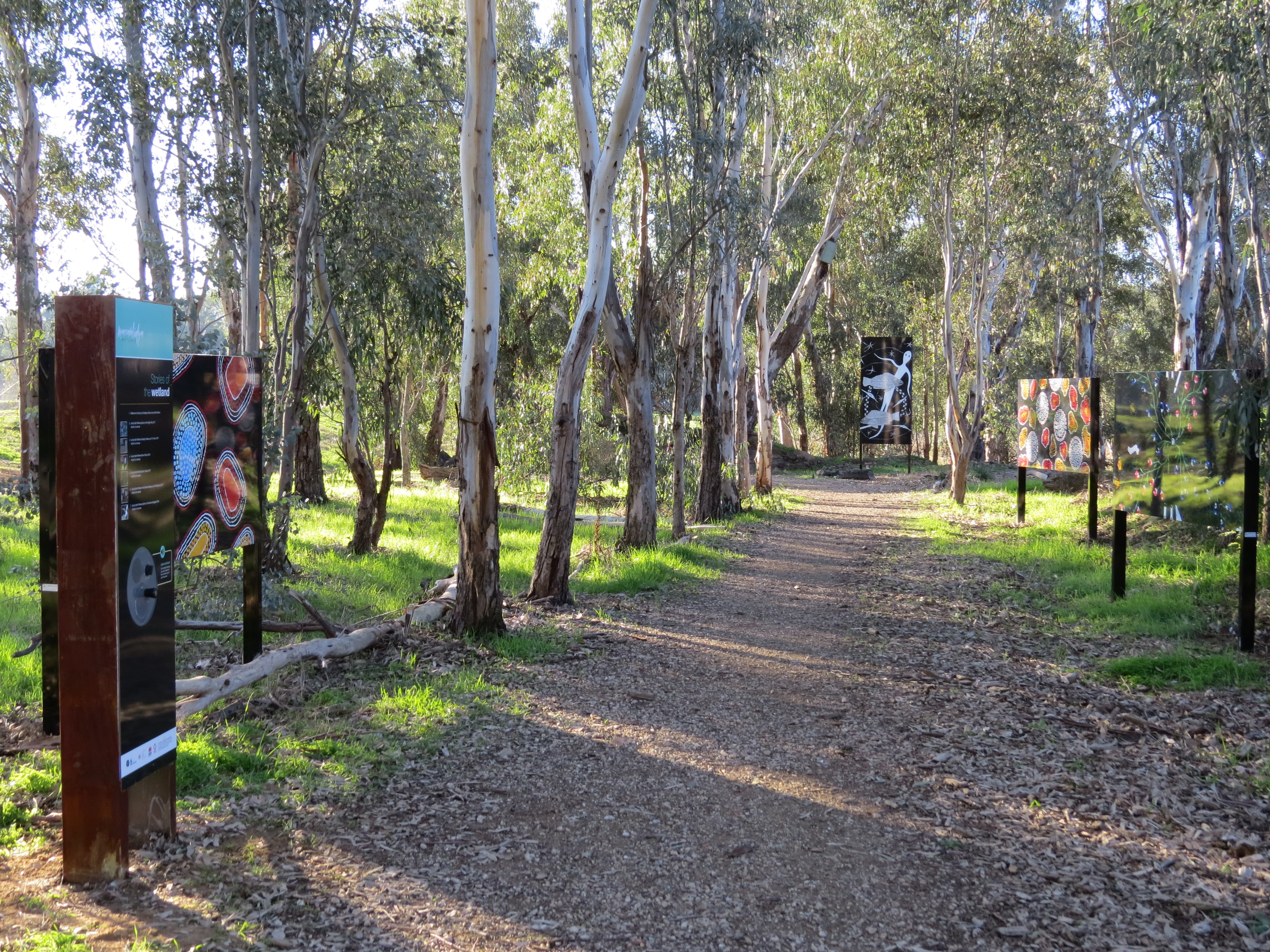 Six storyteling devices have been installed at the wetland and along the Wiradjuri Walking Track. The stories shared on the devices are associated with the wetland, its creation, what flora and fauna can be found at the wetland, the Murrumbidgee River - which runs alongside the wetland, as well as heritage sites, including Wiradjuri history and stories. Wiradjuri Elders Aunty Kath Withers and Uncle James Ingram, along with proud Wiradjuri man Mark Saddler, have provided their voices and shared their stories which you can hear on the devices. Mark Saddler playing didgeridoo also features.

Six artworks by renowned Wiradjuri artist Aunty Kath Withers have been installed along the entrance track to create a unique welcome to the Marrambidya Wetland.