Riverside: Wagga Beach is a popular, natural, attraction in Wagga Wagga. There's great access to the Murrumbidgee River, plenty of grassed, shady spots for a picnic, sheltered barbecue areas, a playground and seats to sit and watch the world go by.

Splash about and cool off at the sandy beach area during the warmer months. Or, launch your kayak or canoe from here and see part of our city from the water.

Riverside: Wagga Beach is also part of the Wiradjuri Walking Track in Wagga Wagga. Stop off here for a rest as  you wander the track, or start here and discover more of our city.

Riverside: Wagga Beach is just five minutes from the city's CBD, so you don't have to travel far to find this small piece of paradise when you #visitwagga

Note: if you do enjoy a dip in the Murrumbidgee River remember to have fun, but most of all, stay safe, wear a life vest and #respecttheriver.

The Wagga Beach has been an important social space in the history of Wagga Wagga’s interaction with the Murrumbidgee. As a gathering place to have a swim, enjoy a picnic or float from the rocks, the Wagga Wagga Beach holds memories for many people of Wagga. The Wagga Beach and wider riverside precinct is home to a wide variety of plant and animal species. Native animals such as squirrel gliders, platypus, possum, and echidna frequent the area, along with a wide variety of birds. The large numbers of River Red Gum, Yellow Box and Kurrajong trees, provide food and shelter for the birds and animals along the river edge

The Wagga Beach was home to The Wagga Beach Life Saving Club (WBLSC), an elite band of men which patrolled Wagga Bathing Beach for approximately 40 years. The club came officially into being on or about 24 July 1927. The club had been (unofficially) in existence since the early 1920s, but it was in 1927 that a second club, "The Badgers" joined with the lifesavers. The Badgers were a social footballers club and swimming was one of their activities. 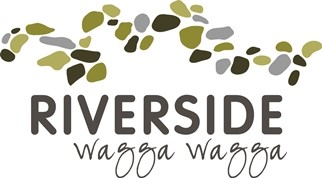 in 2014/15, the Wagga Beach underwent a $1.02M face lift as part of the implementation of the Riverside Strategic Master Plan.

This was the first stage in a process to turn “The Bend” into an iconic destination space for the people of Wagga Wagga and visitors to the city.

The landscape plan for The Bend came from the concepts created in the Riverside Strategic Master Plan (2010).

Stage 1 of the landscape upgrade included:

Stage two of the project is currently underway. Riverside - Stage 2 will rejuvenate the entire precinct - from the beach carpark through to the former St Michael’s Oval - to complete the vision of the Riverside Strategic Master Plan and build on the success of the completed stage 1 works.

Groups and individuals are welcome to book this location for wedding ceremonies, events and birthday parties.