Bring your family, inflatables and a picnic to the Oasis Regional Aquatic Centre. Free entry from 6pm - 7.30pm. No entry or pass outs after 7.30pm. Glass, alcohol or commercial food are not permitted.

The Riverside: Wagga Beach is the place to be on Australia Day morning. Fun activities and entertainment will be available for the whole family to enjoy.

Triple M Radio will be live broadcasting from 6am - 9.30am and serving breakfast at 7am.

Join the Mayor in welcoming our newest citizens at the Riverside: Wagga Beach from 9am.

Brad says he’s lucky to be born on the world’s biggest sandbox of our 11,761 amazing beaches and has had the good fortune to leave his footprints on more than most.  He reckons Australia is really just one very big beach.

Mr Farmer has been awarded the Member of Order of Australia for his lifetime of distinguished voluntary service to communities, conservation and coasts and has the enviable title of Australia’s Beach Ambassador, bestowed by Tourism Australia.

Like all Australians, he has a passion for our nation’s great variety of beaches on our immense 57,000km coastline – a ribbon of gold where some 90% of Australians live, work and play.

Brad grew up with sand between his toes in what was a naturally blessed strip of coast, now known as the Gold Coast, where his family first settled in 1842.  His forefathers, as his name suggests were farmers, who grew wool in outback NSW and QLD. 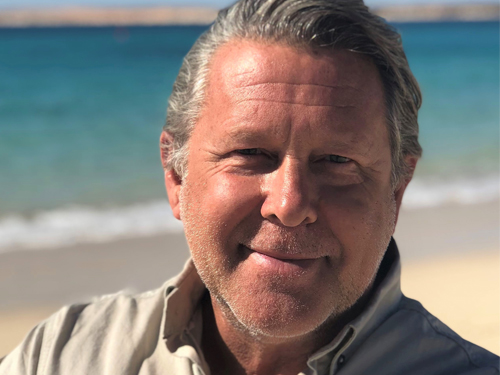 Inspired by the beauty of coastlines, he’s travelled across some 30 countries and has pioneered new realms of coastal advocacy.  Brad has founded many not-for-profit groups, including the award-winning Surfrider Foundation, Ocean Care Day and the National and World Surfing Reserves movements.

Now, after a storied and salty life, he is one of the world’s leading beach experts and best-selling authors, celebrating the beach lifestyle with his long and authentic connection with coastal communities.

In his 40 years of voluntary advocacy, from the smallest of threatened beach communities to the Australian Senate as a coastal adviser, Brad is stoked to be conserving beaches – where Australians find their ultimate happiness – and the country derives $100b from beach tourism each year.

In 1990, as a young Greenpeace anti-nuclear campaigner in the frozen Soviet Artic, he was imprisoned and interrogated by the then Soviet KGB and released by Presidential Pardon, to resume lighter duties here on our beaches.

He believes that while Australia was, and always will be, the land of opportunity for all - now - more than ever – we are blessed here in the best country in the world, to truly celebrate diversity and our natural heritage.

He loves the great Australian outdoors and the warmth of Australian communities from the oceans to the outback.

Show your recognition for some of our hardworking citizens and celebrate with the 2020 award winners. Get to know each nominee for this year’s awards by reading their individual bios

Citizen of the Year Award

Alan is a long standing member and past President of the Rotary Club of Wagga Wagga, as a Rotary member Alan has served in countless local service projects over the past 30 years and has served as a volunteer and board member of community radio station 2AAA FM.  Alan and his wife Kaye were the driving force behind establishing the regional Camp Quality Centre and founding of Country Hope. More recently Alan was founder of the Wagga Wagga Rotary Shine Awards, which recognises employees with disabilities and the employers who offer them meaningful employment

Previous Citizen of the Year recipients

Young Citizen of the Year

Matthew is an outstanding leader in rural health and high school education. Matthew has founded Doctors for Rural Education and Medicine (DREAM), to mentor and inspire medical students to train and remain doctors in the bush. Since 2013 he had run Springboard Education (a charity offering free tutoring to rural children), inspiring hundreds of local students to excel in education and follow careers in healthcare. Matthew is renowned for running rural appreciation weekends for visiting students and doctors interested in pursuing a rural health career. Matthew is also very active in community organisations, volunteering at the Palliative Care Unit.

The award forms part of Council's Australia Day Awards - confirming Council's belief in the importance of recognising those members of our community who have given so much of themselves to our city.

For the past 60 years Bob has been the heart and soul of the Band. He has been involved in many activities throughout Wagga Wagga and surrounds including 60 years leading the ANZAC band playing for the dawn service in Wagga Wagga and Uranquinty, along with performing at the Tarcutta Driver Memorial Services, over 20 years experience playing at the Eisteddfod and National Dancing events in Wagga Wagga and surrounds. In addition Bob has also performed at New Year celebrations and regularly plays at sergeants mess celebrations events.

Peter has been a member of the Wagga Wagga Croquet Club since 2000 and has held various roles in that time, including president, vice president, secretary and captain. He has expanded the sport in Wagga and around the region through schools, carnivals, coaching and more. He was made a life member of the club in 2009.